WARREN Mich - Greenwood Pets has a history of pet store violations going back to 2006 involving no food, unsatisfactory cleanliness, food storage not adequate, overcrowding of animal cages, insufficient number of employees to maintain husbandry, surfaces not disinfected and distressed birds loosing feathers. Fines were issued by the Michigan Department of Agriculture (), but the store continued to receive complaints involving the same violations. In 2008, the ended their pet shop program and complaints were filed with ’s local animal control office. 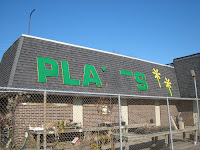 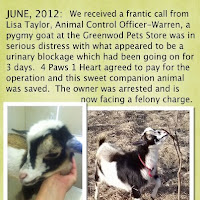 Puppy Mill Awareness of Southeast Michigan’s investigation tied Greenwood Pets to a large puppy broker from through interstate shipping records. Lambriar’s last inspection listed 773 puppies in inventory and was selling unhealthy puppies for over ten years per reports published by PetShopPuppies.org. Some of Lambriar’s breeders had serious violations to the Animal Welfare Act and are considered “puppy mills”.


In 2011, assigned a different animal control officer after sold an underage pot-bellied pig to a family where farm animals are illegal to own forcing the family to return their beloved new pet.


In 2012, two search warrants were issued and the owner was charged with animal cruelty and abandonment. Officers were called to the store after a goat was found untreated with an urinary blockage. The owner is currently facing felony charges and awaiting trial.


Customers have reported unsanitary conditions and sickly animals in the store for years including: dead rats, dirty ferret & bird cages, filthy snake aquariums full of dead skin with dried up water bowls, aquariums with brown algae on walls with no lights or filtration, a Cockatoo bird who was feather plucking until chest was bare, puppies covered rust colored dirt, fish with fungus on their heads, lethargic fish, a snake with small sores on its nose, turtles without perches, rat feces on the floor.


A trial date is set for at the 16th Judicial Circuit Court in .
Follow this open investigation on the Puppy Mill Awareness of SE Michigan discussion board. http://www.meetup.com/puppymillawareness/messages/boards/thread/10050964