Ramzi Dakhlallah was charged with 37 counts of animal cruelty.

DEARBORN HEIGHTS, Mich April 11, 2012 - A Dearborn Heights man and his store, Pet Station LLC, are accused of subjecting more than 20 dogs, 70 birds and numerous other animals such as hamsters and snakes to poor care that included depriving them of food and water.


He and Pet Station are charged with one count of abandon and/or cruelty to 10 or more animals, a 4-year felony. 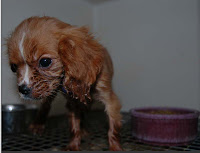 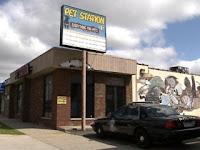 He and the store also face misdemeanor charges: one count of false pretenses between $200 to $1,000 for selling a sick animal; one count of nonsufficient funds of $100 or more but less than $500 for writing a bad check on the pet store's account; 20 counts of violations related to the pet shop and care of animals; one count of rules violation for failing to maintain proper records on the animals; and 13 counts of violation of the Animal Industry Act for not following the state Department of Agriculture rules for the importation of dogs in to the state. Those charges have penalties varying from 30 days to one year in jail.


About 10 people complained to authorities about the miserable conditions in the pet store, prosecutor's office spokeswoman Maria Miller said.


- Ramzi Dakhlallah was charged in April with 37 counts of animal cruelty following a lengthy investigation of the owner of the Pet Station. The Wayne County Prosecutor's Office alleged that he abused or neglected more than 100 animals during his ownership of the shop, located on near Van Born.


Judge Thomas E. Jackson on Wednesday placed Dakhlallah on probation for five years, and ordered that he stay out of the pet shop business.
For more information about this case, go to the Puppy Mill Awareness of SE Michigan Message Board. http://www.meetup.com/puppymillawareness/messages/boards/thread/22280782/0#74515192
Posted by Pam Sordyl at 5:15 PM