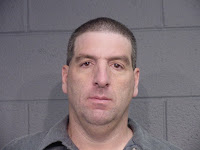 SHELBY Mich  - The Macomb "Dog Flipper" was caught violating his probation. Joe Yaquinto wason probation for fraud and was not allowed to operate an online business. He was actively selling dogs out of Shelby Twp as a “rescue organization” and many were sick and one died.

In one weekend, approximately twelve complaints were filed with the Shelbly Twp Police and one with . Many of these victims attended the hearings and testified.  Joe Yaquinto was sentenced to 20 months in prison without bond. Judge Talon did not hesitate to restrict Joe from working with animals on parole. 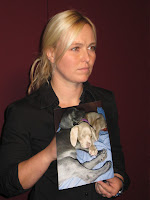 Joe started his career as a dog flipper back in 2006. He told the judge he picked up dogs off the street in   - only the ones running loose in the city.  According to Joe, Sporting Dogs Unlimited began in 2006 made of up all volunteers. He misled families stating the dogs were rescued, however, Sporting Dogs Unlimited was not listed as a non-profit and Joe was using many aliases.


Judge Sullivan notes clearly stated he felt Joe should not be in a position of trust.


“You are taking advantage of people and not learning your lesson. Judge Sullivan was trying to protect the public. You were in the position of trust that Judge Sullivan did not want you to be in. The court can be mad or afraid of you. We are clearly mad. This can be for punishment, to deter others or keep you from harming people or retribution.  You have great people skills that make you a con man. Probation is not approved.  It is time to be imprisoned” – Judge Talon

For more information about this case go to the Puppy Mill Awareness of SE Michigan discussion board. http://www.meetup.com/puppymillawareness/boards/thread/9013648/0/
Posted by Pam Sordyl at 5:03 PM