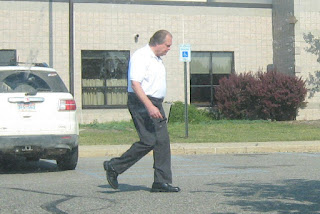 – On , Terry Adams was arraigned in Livingston County District Court on charges of unauthorized practice of a health profession and pet-shop violations. Prosecutors allege he was operating as a veterinarian without a license and sold or delivered dogs without the appropriate health certificate. He pleaded not guilty. 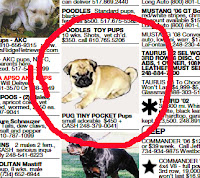 Assistant Prosecutor Anthony Ameche asked the judge to adjourn a preliminary hearing because a witness, who is named as the victim in the complaint, could not be located. Judge L. Suzanne Geddis dismissed the charges, however will allow the prosecutor to refile the felony complaint. 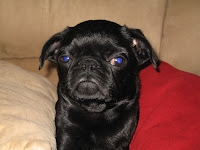 Puppy Mill Awareness of Southeast Michigan has been investigating the pet store located at a residence (pole barn) since 2009.  “We are most concerned that Terry Adams is part of the puppy mill pet trade, selling sick dogs and practicing veterinary medicine without a license“ said Pam Sordyl, Director of Puppy Mill Awareness.


Some of the investigation findings include:


¨     Practice Veterinary Care without a license 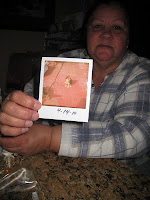 ¨     No business licenses ( and Department of Energy Labor and Economic Growth)


¨     No resale certificates provided to customers.


Shoppers who call in response to Mr. Adams’ ads in local papers are told to bring “cash only” and that they can pick up a registered puppy by appointment. The property is gated requiring authorization to proceed to the garage.


“Once we entered the building I was astonished by the amount of puppies in cages!” said Dena Awdish, from who visited the garage. “I told my husband that these were ‘puppy mill’ pups and wanted to leave but he insisted on seeing the pugs and letting our daughter pick one.  There had to have been 30 - 40 different pups, and about 15 different breeds but no parents anywhere.  The pups were in wire cages and had no bedding whatsoever.”


Mr. Adams told Puppy Mill Awareness that he worked with breeders in Indiana, Lansing, Grand Rapids, Howell, Fowlerville and Traverse City, however, there were no USDA licensed breeders in these cities at that the time. It is illegal for a breeder to sell to a pet store (wholesale) without a USDA license.


“The puppies are not receiving Health Certificates by a certified vet , meaning they are more likely to become ill at these young ages. Without proper shelter and health care one sick dog likely means many others are falling ill.”


¨     11+ complaints have been filed with the Livingston County Animal Control.

¨    2 individuals have taken him to small claims court. There may be more cases.


Terry Adams has been selling puppies illegally out of his pole barn via classified ads since 2006. In October 2010, the Brighton Planning office notified the household that their property is not zoned as a B-2 district which is required to operate a business. On , the Planning Office sent a second notification.


Several customers have reported Terry has offered further veterinary services including vaccinations and spay/neuter surgeries. He provides pricing quotes on a sheet of paper. Mr. Adams stated his brother in-law performs the surgeries in his mobile vet van in the driveway. Other times he stated he does the surgeries himself. He has also referred customers to John Hermann DVM who stops at the local Tractor and Supply. In October 2010, Puppy Mill Awareness asked him which veterinary he works with and he stated he doesn’t use a vet since he knows how to do everything. When asked if he had been trained as a vet tech, he said no.


Terry Adams has also used the alias Ron Martin with customers. He may also use the name George and Jeff Adams. He has advertised in the Detroit News Classifieds under the home number 248-379-0041 and 248-230-6089. He  switched to the 6089 number for the 2011 online ads. Prices range from $375 - $700. Alledgedly, the quoted price change when customers arrive – they go up. One customer reported he switched the puppy she had left a deposit on and sold her a sick puppy, that later died.


Some of the puppies come from an unlicensed breeder named Jacob Schwartz (11310 Roth, (260)704-26470). Schwartz does not have a USDA license to sell wholesale to Terry Adam. He is also not registered with Indiana Board of Animal Health which is a misdemeanor. The Indiana Prosecutors and the USDA have been notified.


“The pen had diarrhea and the pups were lethargic. He was trying to cover up the diarrhea in the cage with newspapers. He was wearing gloves and said pictures were not allowed.” said Jamie Bofek of , Mich.

Follow this case on our Meetup Discussion Board. http://www.meetup.com/puppymillawareness/messages/boards/thread/9912865/#101012752