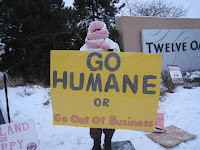 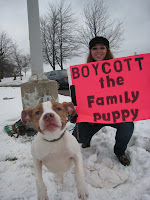 Did everyone have a nice Christmas? Or are you glad it is over? I just wanted to thank everyone for braving the weather and raising hell at the malls this year. I love campaigning in Macomb – our Eastsiders are great! I think everyone would agree we are receiving A LOT of support from the public.

From Thanksgiving to the New Year (six weeks) we….

had 28 members participate in pet store protests
protested 4 pet stores (Petland, The Family Puppy, Greenwood and Paws N Claws)
were out in the cold for 100 hours!
held 37 rallies in four cities (Flint, Novi, Eastpointe and Warren)

We now have three active boycott campaigns: Petland, The Family Puppy and now Paws N Claws. I am sure one of these stores is near you!

Check out our calendar for the next series of rallies. Paws N Claws (Jan – TBD), Petland Novi (Spring) and The Family Puppy (Spring). 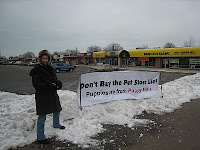 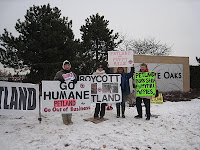 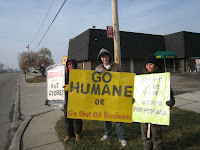