As Founder of Puppy Mill Awareness of SE Michigan and Michigan Friends of Companion Animals, I urge you to oppose H.B. 5917 and H.B. 5916 for the following reasons:

2. These are not animal welfare bills. On the surface, they masquerade as animal welfare, pledging to protect puppies by guaranteeing that they are purchased from “USDA licensed breeders” with no current inspection violations. It sounds good on paper, but closer analysis reveals that this standard is nearly impossible to enforce.

In 2015, I formed a coalition called Michigan Friends of Companion Animals to specifically address the problems our communities have with retail outlets where families can not see the conditions and meet the breeding parents (site unseen purchases). We have collected hundreds of complaints from families who purchased sick puppies.

The owner of The Family Puppy, John Stottele, testified at the 05/02/18 House Agriculture Committee meeting stating “he was not aware of any complaints”, yet we know this is not true.  NBC 25 covered a story about a puppy that was purchased from the store with many health problems.

“The owner says he's worked with his breeders to ensure happy, healthy dogs. But one of his customers claims her new puppy almost died three times.

"So then the next day she got really sick, she kept going into these seizures and couldn't walk," said new puppy owner, Linda Dahl.

After six doctor TMs visits and more than $1,000 in medical bills, Tegan is finally on the road to recovery.

Dahl says she complained to the store manager. "I called them out on it, and I said one, you sold me a sick dog, if she has an infection, there has to be other dogs in there with an infection, where did she get it from? And they couldn't give me an answer," said Dahl.

The Family Puppy’s breeders had serious direct violations to the Animal Welfare Act.

1) Marlin Bontrager, from Rome City Indiana, was The Family Puppy’s top supplier of puppies. According to a federal inspection, Bontrager was caging 177 adult dogs and had two serious direct violations including not seeking veterinary care for a sick puppy. Suffering was prolonged by not taking the puppy to the veterinarian. In addition, the inspector also cited Bontrager for housing dogs in temperatures in the 90’s. Dogs were observed heavily panting and puppies were stretched out on the wire floor trying to stay cool.  Bontrager has a history of violations going back to 2008 related to housing, shelter, primary enclosures, cleanliness, feeding and vet care. 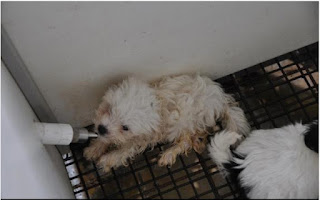 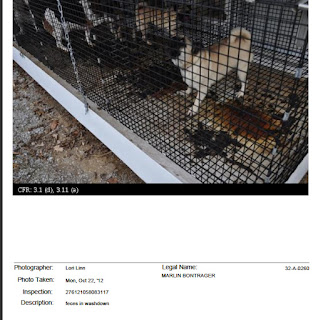 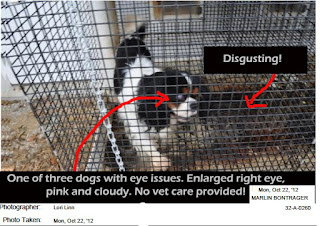 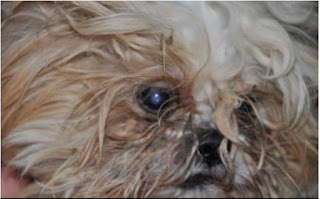 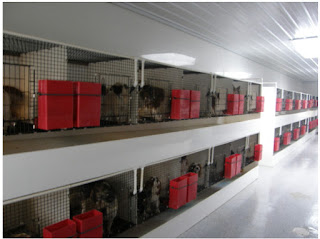 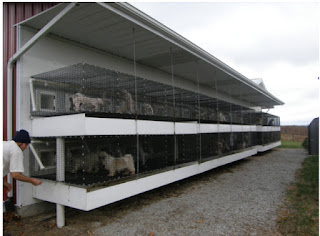 2) Devon Schrock, another of The Family Puppy’s breeders, was cited for accumulations of grime and hair in the primary enclosures. This harbors diseases. In addition, Schrock’s drainage system was cited as the upper washdown was draining into a pen on the bottom where two dogs were exposed. There was hair and sludge accumulating.

The owner of Petland did not testify last week, however there are two active lawsuits against his store located in the Twelve Oaks Mall in Novi, MI. Twenty-four plaintiffs are seeking monetary damages for breach of contract and multiple violations of the Consumer Protection Act.  The puppies suffered from a range of issues, including genetic defects, infections and some had highly contagious diseases, costing the plaintiffs thousands of dollars in veterinary care. The lawsuits also allege fraud, claiming the store and its owner knowingly sold animals with deformities and illnesses, as well as misrepresenting the origins of the animals. 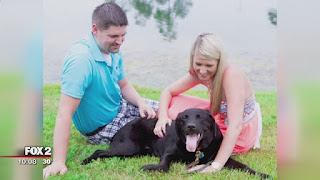 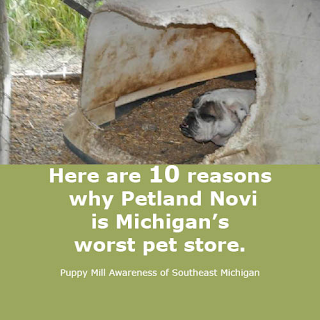 To protect families from these large-box stores, like The Family Puppy and Petland, I worked jointly with law enforcement in Macomb County to draft the Humane Pet Acquisition Proposal which was unanimously supported by the Macomb County and Kent County Commissioners. Both counties urged their local communities to pass retail bans and promote humane outlets.

The enormous success of local ordinances like mine across the country explains the secrecy, speed, and deceptive language of HB5916/HB5917. Michigan has a vocal, efficient, community of activists who have been tackling problematic pet stores for years.

The new Petland Coalition was created to fight local bans

In response to local ordinances and state laws banning the retail sale of commercial bred puppies, Petland formed a coalition in an attempt to improve the industry’s image and fight local retail bans. They had to! Petland is losing the public debate, and the evidence against Petland is compelling. The Petland Mall of Georgia mentions a new coalition on their website:

“That’s why we formed a coalition to improve animal welfare and work in a collaborative effort with a cross section of the pet industry, including animal welfare organizations as well as the veterinarian and academic community.

Who exactly is a part of this coalition?

There is no evidence that animal welfare groups are part of this coalition.

Puppy Broker, Levi Graber (Odon, IN) owns Blue Ribbon Puppies and is no stranger to the puppy pet trade. He was featured in Channel 13’s investigative story exposing Indiana’s Puppy Pipeline in 2007.

Graber is a large stakeholder and he regularly speaks at city council meetings and state legislatures to fight off retail bans and regulations that would protect families from irresponsible puppy peddlers. 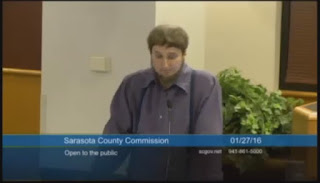 Graber was featured in a recent article outlining plans the pet industry had to improve its reputation.

Amish aim to restore dog breeding rep ()
“When some people think of dog breeding in the Amish community, images appear of puppy mills full of unhappy and mistreated dogs.

Amish breeders in the state want to change that, and they're reaching out for help.

Commercial breeders from Odon — a Southern Indiana town with a large Amish population — are working with Purdue University's Center for Animal Welfare Science to establish breeding practices that make consumers and dogs happy.”

"It was time that we as breeders recognize that there are professionals out there that can help us and we need to involve them in our businesses," said Levi Graber, a member of Odon's Amish community who helps several breeders in the area.

Will Yoder, a consultant working for Blue Ribbon Puppies, helped coordinate efforts in southern . Yoder is featured in this recent article attempting to expose rescues for profiting off the industry. This attack was designed to deflect attention from puppy mill abuse.

As part of this effort to improve their reputation, ten Iowa kennels were selected to be built, expanded or upgraded, and it appears Daniel Hochstetler (St. Joseph County, MI), also upgraded his facility and spoke at the initial committee hearing last week.

Hochstetler did not mention his USDA violations, or how large his facility is. He was cited for expired medications and a poodle was observed with a wound on her shoulder. (USDA report attached). He also failed to mention which retail outlets he services.

The kennel buildings might be new and spacious, but the puppies still have problems.

While the few new kennels offer indoor/outdoor runs and play yards, there is still little oversight and no guarantee the puppies will be healthy. Some of these featured kennels shipped puppies to The Barking Boutique (Grandville, MI) with abnormalities listed on the Certificate of Veterinary Inspection.

It appears that The Barking Boutique, who was sitting front row at last week’s committee meeting, is also following Petland’s business model and featuring their “showcase” kennels on their website. This misleads families as to the true source of some of the puppies, as the store is actually sourcing from 40+ other undisclosed breeders with recent USDA violations.

Cloveridge is one of the “showcase” kennels that changed their name and business license for a clean inspection history. 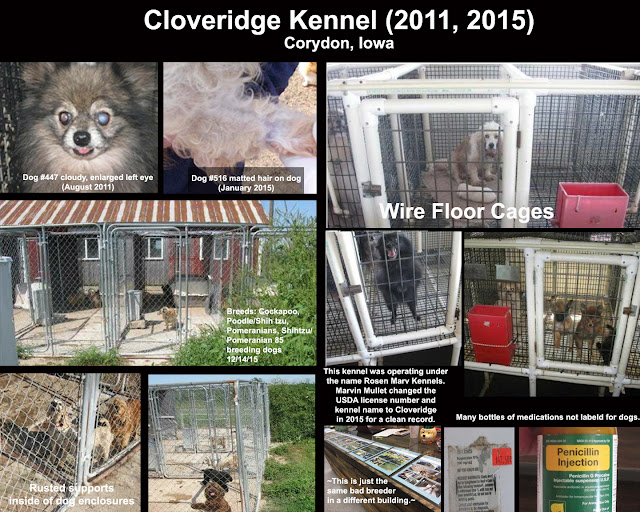 
The Barking Boutique used no discretion when choosing these breeders. Many of the suppliers have violated the Animal Welfare Act, yet the store ordered puppies from them anyway.

One breeder with violations, Shady Oak Frenchies owned by Jonathan Detweiler (Princeton, MO), housed 177 dogs in 2014 and was not disclosed on the store’s website. 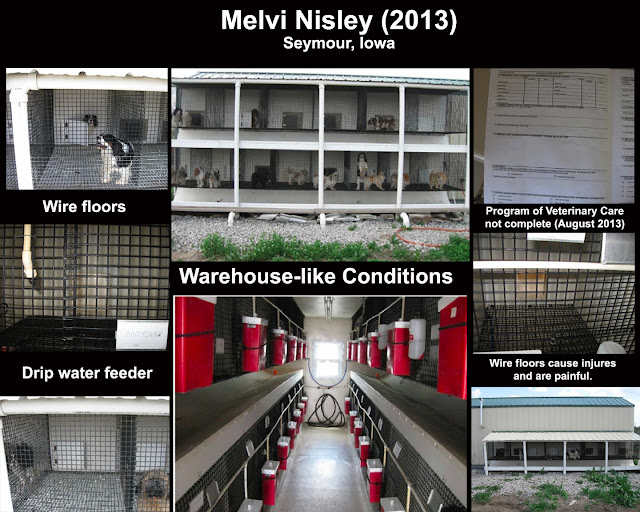 The Barking Boutique owner stated he only works with breeders with no violations in the last two years – which is the new requirement outlined in HB 5916 -- yet breeder David Nisley (Drakesville, IA) was cited for a direct violation of the Animal Welfare Act in 2016. 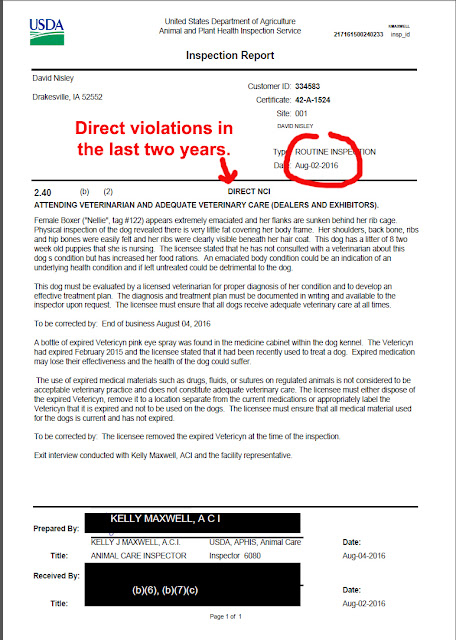 Learn more about all the store’s breeders on The Barking Boutique Boycott website.

Unless all breeders make huge investments and agree to higher standards, these kennels will simply be used as “showcase” kennels while the pet stores continue to source from sub-standard breeders.

Michigan pet store owners, local law enforcement and the MDARD have no control or oversight of USDA commercial breeders --the only way to protect families is to end the puppy mill pipeline to our communities.

Please do no support these bills which would overturn all the progress we have made to protect families and pets from the cruel pet trade.