Stand by! "The Petland Bills" are not dead just yet 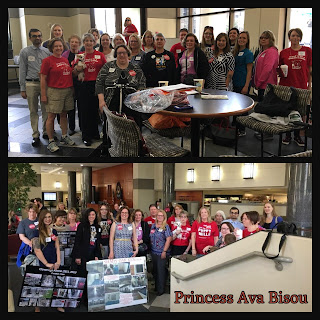 STAND BY! Although “The Petland Bills” did not have enough votes for a third reading in the house today, we will have to keep a close eye on them! The bills, HB5917/HB5916, will not be officially ‘dead’ until the session ends in December. The bill sponsor, Rep. Hank Vaupel could still try to push the bills through before the summer recess which is likely to end early June. Legislators will return to in September.

If the bills do have a third reading in the House and have all the votes needed, they still need to pass through the Senate. There is a lame duck session after the Nov 6th elections, so we may be busy then too.

In the meantime, I would like to thank all the organizations that took action this month with helpful Action Alerts.  We were told the representatives were receiving a lot of phone calls! Every call, meeting and email counted!

Special thanks to the following organizations and individuals:

The following people attended the House Agriculture Committee Meeting and submitted a card in opposition to the bills:

I hope I didn't forget anyone. This list will continue to grow if the bills move.

Thanks everyone who made any sacrifices to fight these bills. This all is backfiring on Petland as we are now having intense public debate about the puppy pet trade with elected officials.