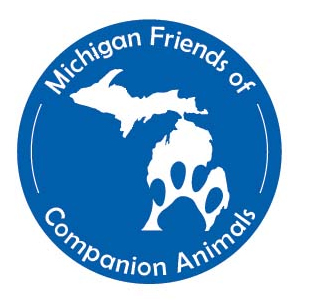 The Genesee County Commission has just voted in favor of a resolution opposing HB 5916/5917, two bills in the legislature that would protect cruel puppy mills and their pet store sales outlets. Last week, the Macomb County Commission passed a similar Resolution No. R18-1569, resolving that “…the Macomb County Board of Commissioners opposes House Bills 5916/5917 and wishes to allow the local communities to enact their own guidelines for pet shop sales, making it easier to prevent sales from commercial breeding facilities that are not properly caring for animals…”
is home to the outlet of the pet store chain The Family Puppy, which has joined with pet industry lobbyists to push the highly controversial bills through the legislature. Three localities, Eastpointe, Fraser, and New Baltimore, have passed ordinances in recent years that prohibit the sale of puppy mill puppies.

“ officials are proud to speak out against this ill-advised and dangerous legislation, which would prevent local officials from making decisions to protect animal welfare and consumers in their jurisdiction,” said Drew Shapiro, a member of the Genesee County Commission. “ legislators should reject HB 5916/5917 and trust local governments to make the right decisions to protect the citizens of their counties.”

HB 5916/5917, referred to as “the Petland bills” after the Petland store chain—the legislation’s primary backer—would allow pet stores in Michigan to continue sourcing from large-scale, inhumane commercial breeding facilities and to continue to sell sick puppies to the public, while at the time stripping cities, towns, and counties in the state of the authority to address this issue. The bills have passed the House Agriculture Committee and now await a vote on the House floor, which could happen as early as Tuesday, May 22.

HB 5916/5917 are an attack on local control and animal welfare, and are being met with strong opposition from the pet-loving population of . Organizations that have testified in opposition to HB 5916/5917 include: