(OXFORD, MI) Within a few months of having her dogs and puppies seized, Kimberly Ann Kalec was scheduling a c-section for a pregnant English Bulldog, obtaining more puppies from her broker and selling more sick puppies.

Kalec has been involved in puppy retail sales in Livonia since 2013 with her ex-husband Stephen Andrew Kalec. Through online classified ads, they were easily finding puppy buyers to meet them in parking lots, both using aliases “Jenny” and “Jeff”. They were convicted of animal cruelty in 2015 and Kimberly again in 2018 after puppies were found with untreated illnesses. The couple recently moved from Livonia to Oxford seeking sanctuary in Oakland County which has a "zero-animal cruelty prosecution policy". Oakland County Animal Control dispatch refers puppy buyer complainants to the Michigan Department of Agriculture which dropped their Pet Shop Program in 2009, or conclude “it is a civil matter”, leaving families frustrated and sellers unregulated.

However, in Livonia, puppy retail sellers and brokers are not welcome.

According to an open records request obtained by Puppy Mill Awareness of SE Michigan, Officer Brandon responded to a complaint regarding a seller named “Jenny” on September 10, 2018. The caller stated she contacted a listing for a Goldendoodle puppy and met the seller driving a white Jeep Wrangler in a McDonalds parking lot located in Livonia. The seller was accompanied by her 10-year-old daughter. Three days later, the puppy named “Ollie” started having medical problems including diarrhea and lethargy. He was diagnosed with parvo and passed away just a few days later.

A search warrant was served on September 11, 2018. Officers noted an overwhelming smell of rotting food and feces. The house was cluttered with debris and feces. Four mixed breed puppies 6-8 weeks old were found in the kitchen. Health Certificates for recent puppy sales were found, but were not signed by a veterinarian. Throughout the home were documents related to veterinary care, purchases of puppies, shot records, AKC registrations and information regarding parvovirus and coccidia. Bottles of vaccines and syringes were also found in the home.

Two cream Golden Retrievers were found in the backyard. Some of the feces resembled diarrhea. 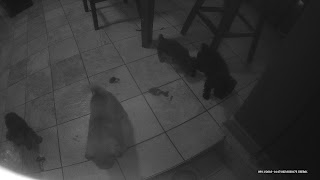 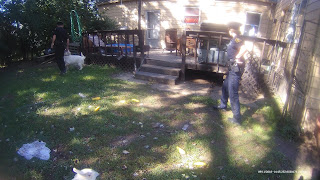 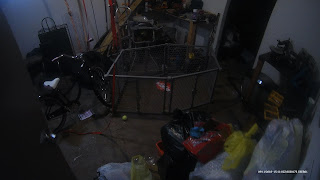 
All six dogs were removed from the home. Impound records indicate the puppies had fleas and respiratory issues. 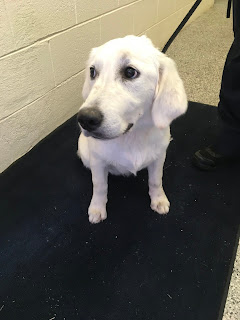 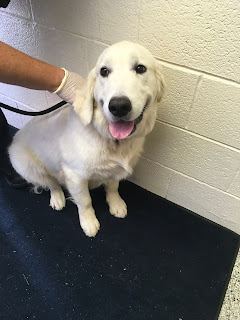 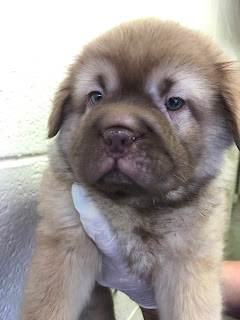 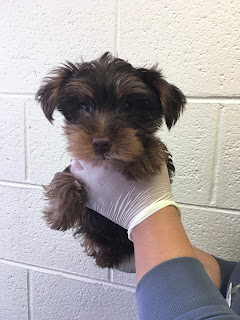 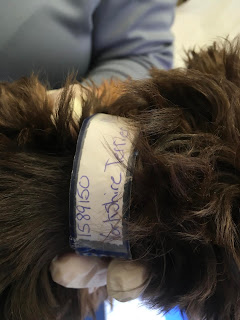 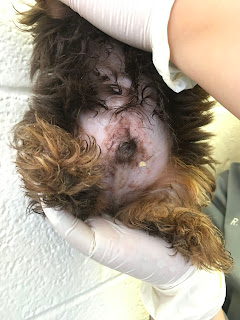 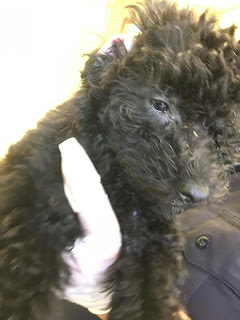 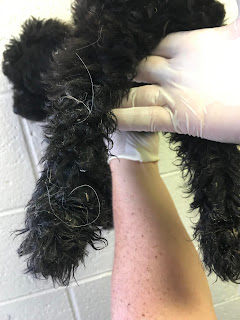 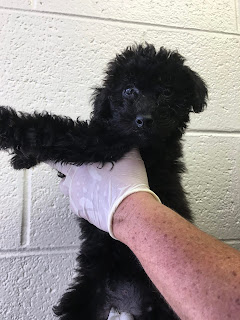 When confronted about their business of buying and selling numerous puppies and those that were ill, Kalec stated she was “rescuing” puppies. The four puppies were obtained from a “guy named Mike” and had no other information about him except a phone number which turned out to be invalid.

Kimberly Kalec was issued three tickets on September 13, 2018. Two tickets were for cruelty and unsanitary conditions, and another for not having a kennel license, or dog licenses and operating a business without a license.

This clearly was not a deterrent for these busy puppy peddlers. Within two weeks Kalec called Wilson’s Veterinary Clinic to a schedule c-section for a two-year-old Olde English Bulldog.

Probation terms include: two dogs signed over to MHS, restitution for housing costs, can not breed, or sell any animals except if licensed by state or municipality in compliance with all regulations for two years starting October 2018.

By December, the couple were posting more classified ads for a variety of puppies.

Prior Animal Cruelty Charges – A long history of complaints

While living on Stanmoor in Livonia, complaints were filed with Livonia Animal Control going back to 2013. One complainant stated “Possibly dog selling, lots of dogs being “handed” off to a lot of different people”. In 2015 another call arrived concerning the animals “breeder has poor conditions, and puppies have parvo, bought a puppy from them, took him to the vet and they puppy has parvo, breeder Stephen Kalec 248-924-4727.”

Stephen Kalec was instructed to take the last two puppies to the veterinarian within 24 hours. The owner was informed not to keep or sell dogs from the parents that were not on the premises.

On February, 24, 2015 Kimberly and Stephan Kalec were arrested and charged with cruelty to animals, neglect and operating without a kennel license, after finding more puppies at the residence.

Their puppy retail business is now home-based in Oxford. They continue to post online puppy ads and meet puppy buyers in parking lots. She is now driving a Black F150 Ford truck. The couple is still using Hoobly.com to advertise under Stephen’s phone number 248-247-4708. They also are breeding Olde English Bulldogs and advertising on their “Olde English Guardians” website.

One buyer filed a complaint with Livonia Animal Control after purchasing a German Shepherd puppy from Kimberly Kalec in the Meijer Gas Station in Oxford. The buyer was given vaccination papers, but they were not “signed” by a veterinarian. The puppy smelled like feces, was very lethargic, had diarrhea, anemic, low proteins and was diagnosed with giardia. The AKC Registration Form listed Lavern S. Schwartz as the breeder, however Schwartz appears to be an unlicensed breeder, according to the USDA. 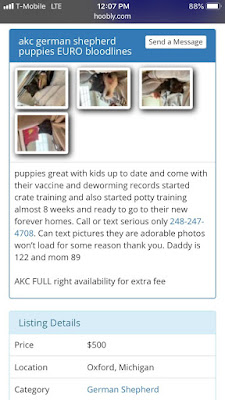 On February 21, 2019 Oakland County Animal Control attempted to conduct an animal welfare check after the German Shepherd puppy was sold will medical issues. With no one home, the inspection was scheduled the next day with the puppy sellers. The OCAC report read “All puppies appeared to be very playful and a couple were vocal. The puppies all appeared clean, healthy, and active.” Case closed.

It is unclear where the puppies were obtained and if they had proper importation records. The OCAC report did not indicate that the officer spoke with the retailer’s veterinarian or if all the puppies had 30-day health certificates signed by a veterinarian.

Despite continued complaints, inspections and court hearings, the couple continue to post ads for puppy sales.

Stephen Kalec‎ to olde english bulldogge
March 24 at 1:38 PM · Old English bulldog platinum Merle great with kids pet rights 2800 or full if requested . Yes we do ship . U pay shipping . 7 months never been bred or had the chance loves to cuddle and kiss your face off .. is crate trained.

Did you purchase a sick animal?

If you purchased a sick dog or puppy from Kimberly or Stephen Kalec, please contact Puppy Mill Awareness of SE Michigan at 734-718-7100.
Posted by Pam Sordyl at 2:16 PM