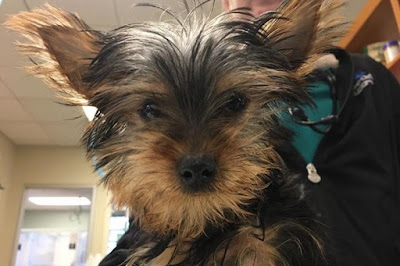 GRANDVILLE, MICHIGAN – Four families who purchased companion animals from The Barking Boutique (2939 Wilson Ave SW Suite 104, Grandville, MI), have filed a lawsuit seeking monetary damages for fraud, breach of contract and multiple violations of the Consumer Protection Act after purchasing puppies. The Michigan Department of Agriculture and Rural Development has been investigating since November.

The lawsuit was filed on February 06, 2019 at the Kent County Circuit Court and assigned to Honorable Judge Paul J. Denenfeld. (Case Number 2019-01106-CZ)

The puppies that were purchased between May and October 2018 suffered from a range of issues, including giardia, kennel cough, pneumonia, and hypoglycemia - costing the plaintiffs thousands of dollars in veterinary care. The complaint also claims that DNA tests indicate that two of the puppies were not purebreds, as advertised, and one was not a “toy” poodle.

In one particularly heart-breaking case, a Grandville family purchased a Yorkshire Terrier puppy diagnosed with pneumonia, a virus, and hypoglycemia within two days of purchase, requiring 24 hours emergency care for four days. Link to the Mead’s experience.

The Plaintiffs are represented by attorney Eugenie B. Eardley of Eardley Law, a Rockford based law firm.

The named defendants in the lawsuit are The Barking Boutique LLC and owner/operator David Boelkes.

The law firm is asking the court for an injunction forbidding the defendants from selling animals during the pendency of the lawsuit.

The Barking Boutique is currently under a third investigation by the Michigan Department of Agriculture and Rural Development according to a recent records request response letter obtained by Puppy Mill Awareness of SE Michigan.

“The investigation records you describe were compiled as part of a law enforcement investigation and disclosure of these records, while the matter is under investigation, would result in a chilling effect on the Department’s ability to undertake an unhindered and thorough investigation.”

This is the third investigation by the state of the store’s operations. The 2017 canine importation investigations resulted in an official warning letter being sent to The Barking Boutique. The department found that the store had failed to acquire veterinary certificates certifying that the puppies were properly vaccinated.