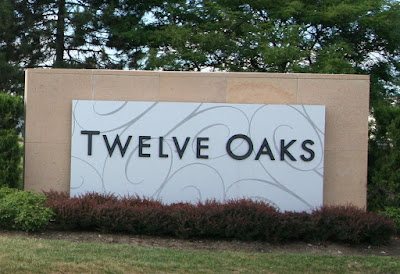 A Michigan man is suing Petland Novi, their breeder and broker after being hospitalized with a multi-drug resistant Campylobacter infection. The BBB investigates.
PRESS RELEASE: January 28, 2019

FRESNO, OHIO - The third lawsuit filed against Petland’s Novi Michigan location now lists defendants Holmes for Canines and/or Twin Creek Kennels, as the “John Doe Broker” and Amos J. Yoder as the “John Doe Breeder” according to court documents filed by the attorney for Petland.

The civil complaint claims both the broker and breeder may be wholly or partially at fault after a Northville man was hospitalized shortly after purchasing a sick puppy from the independently owned Petland Novi store located in Oakland County.

The law firm representing the plaintiffs is asking the court for an injunction forbidding the defendants from engaging in breeding, transporting, and/or selling animals during the pendency of the lawsuit.

The first hearing is scheduled for February 13, 2019 at the Oakland County Circuit Court.

The Better Business Bureau of Eastern Michigan is currently investigating the complaint.

Neither the Oakland County Health Department nor Animal Control had been contacted about the case in November when the lawsuit was filed. It is unclear if Rose’s case has been reported to any public health protection agency in Michigan or Ohio, or if the Petland Novi store is following protocols for detection and prevention.

According to Petland, the Rose’s puppy named Thor- a Beagle/Pug mix, was bred by Amos J. Yoder. Yoder’s kennel is commercially licensed by the USDA in Baltic Ohio.

Thor was treated for Campylobacter and Coccidia shortly after purchase and has fully recovered. Coccidia is an intestinal parasite spread through fecal matter, and is most commonly found in puppies that have contracted the parasite from an adult dogs' feces, according to petMD.

The Plaintiffs in the Novi case are represented by attorney Jenifer Measel of Haas & Goldstein, P.C., a Farmington Hills based law firm. Measel stated she continues to be contacted by families who have purchased sick puppies from Petland.

In 2017, the CDC completed a multi-state investigation of a Campylobacter outbreak including 118 cases across 18 states reporting 26 hospitalizations. The vast majority of those individuals sickened reported they had contact with a puppy from a Petland store.

Petland is headquartered in Chillicothe Ohio with over 80 retail outlets across the country.

The only Petland outlet in Michigan is located at 27200 Novi Rd, Novi, MI 48377 inside the Twelve Oaks Mall.