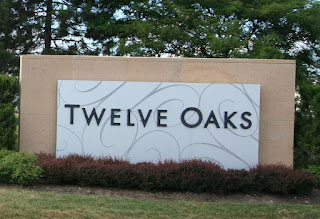 NOVI, MICHIGAN – A third lawsuit was filed against Petland, located in the Twelve Oaks Mall in Novi, MI after a Northville man was hospitalized shortly after purchasing a sick puppy infected with Campylobacter. Doug and Dawn Rose are seeking monetary damages after Doug became infected with a multi-drug resistant Campylobacter infection acquiring weeks’ worth of medical expenses.

The Beagle-Pug mixed puppy named Thor, was also diagnosed with an upper respiratory infection, parasites, coccidia and giardia by the same veterinary clinic in Farmington Hills which signed off on the health of the puppy at the store. Petland has not paid for Thor’s medical expenses. In January 2018 the CDC completed a multistate investigation of a Campylobacter outbreak linking 99% of the cases to puppy stores. The vast majority of those individuals sickened reported they had contact with a puppy from a Petland store. The investigation included 113 cases across 17 states with 23 hospitalizations.

“..people sickened in this outbreak were resistant to commonly recommended, first-line antibiotics. This means it may be difficult to treat these infections with the antibiotics usually prescribed for Campylobacter infections.

The Rose’s puppy came from a commercial kennel, however their puppy and other puppies in the store could have become infected at various points along the distribution chain when they had contact with infected puppies from other breeders or distributors during transport.

In February, seventeen plaintiffs filed a lawsuit against Petland Novi and nine more families filed a second lawsuit in April after purchasing puppies from the store. Their puppies suffered from a range of issues, including genetic defects, infections and some had highly contagious diseases, costing the plaintiffs thousands of dollars in veterinary care.

This third lawsuit was filed at the Oakland County Circuit Court and assigned to Judge Phyllis McMillen. The Plaintiffs are represented by attorney Jenifer Measel of Haas & Goldstein, P.C., a Farmington Hills based law firm which recently prevailed in similar pet store retail fraud cases in Mt. Clemens, Mich.

The founder of Puppy Mill Awareness of Southeast Michigan, Pam Sordyl, is urging city officials to end the retail sale of puppies and protect families from irresponsible puppy brokers. “Cities should promote humane business models and encourage families to adopt from their local shelter or Michigan Certified foster-based animal rescue organization - many of whom specialize in specific breeds.”