Novi, Mich. – Puppy Mill Awareness of Southeast Michigan announced today that two Michigan pet stores receive puppies from substandard breeding facilities listed in a recent report by the Humane Society of the United States (HSUS) in May. In May, The HSUS’s “Horrible Hundred” report lists 100 problem puppy mills, based on the conditions documented in publicly available inspection reports and on evidence obtained during HSUS research and investigations. According to interstate transport records, Petland in and The Family Puppy in several east locations received puppies from five of the breeders on that list between 2009 and 2012.


“ consumers need to know where these puppies are coming from,” said Pam Sordyl, founder of Puppy Mill Awareness of Southeast Michigan. “The cute displays in pet stores don’t tell the whole story—that those sweet puppies may have come from horrific conditions in a puppy mill far away.”


Petland is located in The Twelve Oaks Mall in . The Family Puppy pet store operates five locations in the Detroit Metro area: in , Fountain Walk in , in , Macomb Mall in , and Oakland Mall in .


The Family Puppy received shipments of puppies from Marlin Bontrager of Rome City, Indiana a large-scale breeder. Shipping almost 250 puppies to The Family Puppy stores in 2011, made him the largest single supplier to the pet store chain. Bontrager made the Horrible Hundred list after multiple violations of the federal Animal Welfare Act, including repeat veterinary violations. 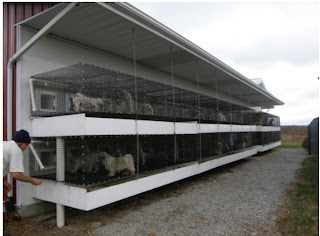 Petland Novi received shipments from four of the Horrible Hundred puppy mills between 2009 and 2012:
o       Darlene and Charlene Koster/Rainbow Ranch Kennel in : Received an official warning from the USDA for violations of the Animal Welfare Act.


o       Ervin Raber/Golden View Kennels of Baltic, : Cited for “Potentially Devastating” violations of the Animal Welfare Act for the presence of zoonotic disease and sick and injured dogs.


The case of a puppy from the last breeder on the above list, Daniel Schlabach/Evergreen Designer LLC of Charm, , demonstrates the hereditary health problems often associated with puppy mill dogs. In 2011, newlyweds Rod and Lindsey Rebhan purchased an Australian shepherd puppy named “Jack” for $1,000 from Petland Novi. “We considered Jack to be our first baby, our little boy," said Lindsey Rebhan. About a month after being purchased, Jack had his first seizure. After 25 seizures over the next four months, the Rebhans made the difficult decision to have him euthanized. Because Jack's epilepsy was so severe, his veterinarian said that the condition was probably hereditary. Petland Novi eventually refunded the sale price of the dog, but did not reimburse the Rebhans for the veterinary bills. 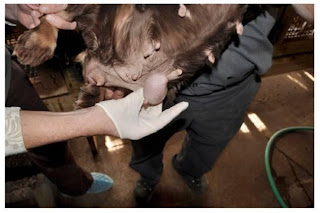 In the press release about the “Horrible Hundred” report The HSUS called on authorities to more closely monitor these and the thousands of other facilities across the country, and urged state legislators to pass stronger laws to protect dogs in puppy mills. Most of the 100 facilities on the list have been cited repeatedly by federal or state inspectors for violations such as injured and sick dogs who had not been treated by a veterinarian, animals left in the freezing cold or blistering heat without protection, filthy conditions, and, in some cases, operators who performed surgeries on dogs without a veterinary license or shot and killed unwanted dogs.


There is currently no state law to regulate dog breeding facilities in or to protect consumers who purchase sick animals from pet stores or breeders. To address this oversight, Senator Steve Bieda (D-Warren) and Senator Rick Jones (R-Grand Ledge) have introduced the “Puppy Protection Act,” S.B. 117 and 118, to establish guidelines for housing, sanitary conditions, enclosure space, exercise, and veterinary care of dogs in all large-scale breeding kennels in , including those who sell puppies to pet stores and directly to the public. Senators Jones and Bieda have also introduced the “Pet Lemon Law,” S.B. 348, to alleviate burdening veterinary bills for dogs purchased from pet stores or breeders who turn out to have health problems. Both pieces of legislation are awaiting their first hearing in the Senate Agriculture Committee.


To learn more about the Horrible Hundred report, visit


Puppy Mill Awareness of is working to end the mass production of dogs in commercial kennels, or "puppy mills.” Our mission is to educate the public about the cruel cycle of commercial dog breeding and the pet store link. Read more at www.meetup.com/puppymillawareness.