The Pet Vendor closes after 35 years of pet trading 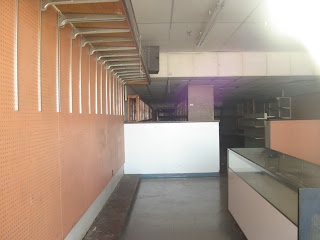 The owners of The Pet Vendor (25021 Van Dyke, Centerline Mi) left abruptly on Friday with nothing but a “Closed” sign posted on the door. Apparently, the rent went up and the simply left - retired hopefully. We came a crossed a craigslist posting and another posting stating they were “closing the business” and marking everything down 50% at the end of January.

The Pet Vendor owner has been selling an assortment of animals including fish, turtles, iguanas, lizards, tarantulas, rabbits, birds, hamsters, kittens, and puppies for 35 years.

We do not know if the owners will be opening a new store somewhere else. If the owners do choose to reopen in our area, we will launch a campaign to block the retail sale of any animals.

The Pet Vendor has been on our “Watch List” since 2010 after the manager told a local PMA member that they do occasionally sell puppies from local breeders with “extra litters”, however it was not their primary business. Local members have been visiting the store to make sure this was true. They were regularly selling cats and kittens.

I spoke with the manager this past December when we notice they had a litter of puppies for sale. She stated again they only work with local breeders, but have worked with puppy mills in the past.

“We had case of something similar to parvo. I found dead puppy on Christmas morning. I thought they were a good breeder, but the puppies were coming in sick. The virus wiped out the whole kennel. It was just too risky to sell puppies”, stated Linda, the store manager.

“Usually it is the first question people ask too. Where do they come from? We do not provide breeder names because the breeders don’t want people coming to their home. They are not serious breeders or belong to clubs.”

If a pet store will not disclose breeder names, let you meet the parents and work with breeders that are “not serious” and belong to clubs, they should not be selling puppies and charging $500 for mixed breeds. They should not be breeding if they don’t have homes for the animals. Puppy Mill Awareness does not agree with any type of retail puppy selling and encourages families to always adopt. Many animals that this store sold can be found in shelters and in rescue groups. See our list of rescues groups below. 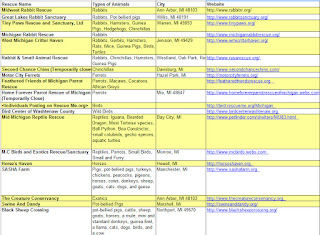 Detroit area residents can find many animals typically sold at pet stores at local rescues, sanctuaries and shelters including rabbits, birds, chinchillas, and ferrets. Community leaders should encourage humane pet acquisitions and promote an awareness of the level of care required so that families are equipped for long-term care and expenses.