Watch dog alert! A puppy store posing as a rescue. 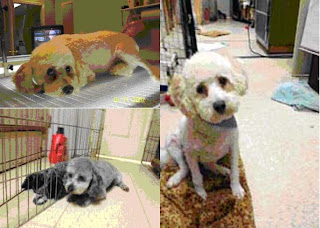 When Shaggy Dog of Shelby Township started advertising “rescue dogs” for adoption back in May, we knew they were not sincerely transitioning to a humane model. In fact, we discovered they could be breaking some laws.

You don’t have to have a degree in criminal law to identify a ‘bait and switch’ situation.

Here is what we learned. The owner of Shaggy Dog established a business license for a group called “In the Arms of an Angel” on May 23, 2012. This sounds like a rescue group, yet the license was categorized as “domestic profit corporation”. That is odd. Normally animal rescue groups are non-profits. Soon after the business license was obtained, the store posted a blog stating rescue dogs were available including a Bichon-poo 2-years old, two yorkie bichons 6-years old and a 6-year old poodle. The photos of the rescue dogs had 2002 time stamps. Where did these dogs come from? Why would the store have prior photos of them taken in the store? The blog has been removed. 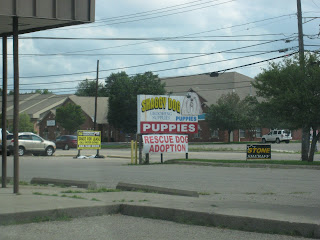 When Shaggy Dog started holding weekend adoption events that coincided with our scheduled protests in July, we suspected they were using these events to counter our outreach activities. We were contacted by someone who stopped by during an event. They stated the store was ‘selling’ unaltered dogs in front of the store for $100 under the name “In the Arms of an Angel”.

On July 3, 2012 the owner set up an account on the Dog Rescue Shelter website with her phone number claiming to be a non-profit rescue. Yet, the IRS Charities website and Melissa Database has no record of this non-profit. Possibly the paperwork is pending? Are they a for-profit or a non-profit????

“Our volunteers are devoted to finding new homes for displaced dogs who have Iost their homes due to owner forecIosures, divorces, aIIergies, unwanted gifts, unwanted Iitters or found as strays. We engage in many speciaI promotions and other fundraising .We are a non-profit rescue”

There has been a banner on the front of the store that says “Rescue Dog Adoption” since July. When families stop to see the rescue dogs, they first meet the puppies on the floor in the front pens. Rescue dogs are not advertised in the store and are in a separate room in the back. Customers have to ask to see the so-called ‘rescued dogs’.

Don’t let puppy stores mislead you. No reputable rescue would ever join forces with a puppy store to promote selling animals while homeless animals are available. It is a direct conflict of interest.