Bills to increase penalties for animal cruelty approved by Snyder 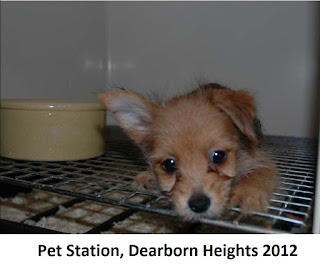 "Justice should include family pets because they could be used for manipulation or harm just like our loved ones on two legs," Brann said in a statement. "As a pet lover myself, it pains me that animal abuse continues to be a growing a problem in Michigan and we absolutely need to address it. I anticipate that this legislation will be a solution to address this awful problem.”

House Bill 4332 will amend (MCL § 750.50) by establishing first, second, and third degrees of killing or torturing an animal, while increasing the maximum prison term, enabling prosecutors and the courts to better protect the public from those who commit a form of animal abuse most closely linked to violence against humans.

“These cases give us great pause, especially when you see targeted torturing and killing of animals used to control the victim or family members. When we realized the animal sections themselves do not allow for any real protection for the victim or animal, we began drafting the language.”

Currently, Michigan’s statutes prohibiting animal neglect and animal cruelty carry a maximum penalty of a felony conviction with punishment of up to four years in jail, fines, and/or community service. Now the maximum sentence will be 10 years.

The bill will also bring breeders and pet shops, both capable of possessing a large number of animals, under the law and give law enforcement additional options when dealing with animal hoarders.

"The laws on animal cruelty in this state are horrendous and need quick fixing," she said. "All the evidence will reveal this is a very serious case. The multitude of evidence resulted in one four-year felony; that is really criminal. The penalties should be much higher."

Another Wayne County case instigating reform involved a Rockwood resident who left six American Bulldogs abandoned in a home after moving to Flat Rock. Five of the dogs died.

According to the Senate Fiscal Agency summary report, there were 40 violations under these offense categories with zero offenders sent to prison and only five sent to jail in 2016.

“Courts need greater latitude to impose stronger sentences when the situation warrants it, and the possibility of stronger sentences will also send a message that such crimes will be taken seriously and thus may serve as a deterrent.” Ann Griffin, Michigan Humane Society.
·         Extend definitions to cover dog breeders and pet shop owners.
·         Increase penalties up to 10 years in prison for deliberately killing or mutilating a companion animal to harm or threaten another person.
·         Establish first, second, and third degrees of killing or torturing an animal, and increase the maximum prison terms.
·         Allow a court to include at least five years probation involving 25 or more animals, or three or more prior convictions.