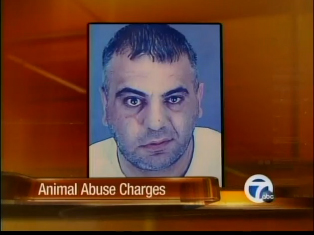 On October 3, 2012 the owner of Pet Station, Ramzi Dakhlallah, was sentenced to 5 years probation, restitution to-be-determined (over $10,000) and 20 hours of community service. He is not allowed to possess, harbor, sell, import, breed, or transport animals during this probation period. If he violates his probation, he could go to jail.

Ramzi’s attorney stated that Ramzi accepted responsibility and he suffered from “sloppy business ownership”. He was in over his head. His business was shut down and he can not earn a living. He is devastated. It has been eye opening experience.

When the judge asked him if he had anything to say he said “I just want to put this behind my back”.

Judge Jackson said he sees 1-2 cases at this level. Troubled case. He did receive several letters from the community and organizations.

For more details on the April 2012 seizure of 275 animals go to our Meetup discussion thread on this case.