Of course animal lovers are not fond of the used-car term “Lemon” when referring to our pet family members.  Some are calling the proposed bill the “Pet Warranty Law”. Whatever the label, most people do not like animals treated as merchandise and wonder why we even allow pet sales when shelter pets are euthanized every day. Well, times are changing and we are headed in that direction. Banning of pet stores in cities is becoming very popular. 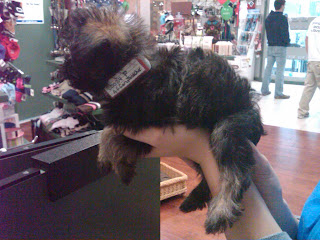 Since has close to 40 puppy selling pet stores across sixteen counties, banning locally would take a lot of time and effort. This would still leave bad breeders pumping pets into our communities.


Since it is not likely we will ban pet sales all across in the near future, we can make it a little tougher for the bad guys to profit with legislation that will hold them more accountable. The proposed “Pet Lemon Law” S.B. 574 will not only offer disclosure requirements, such as offering breeder information, but it will hit them in the pocket book if they sell a sick pet.

Puppy Mill Awareness of Southeast Michigan feels the passing of this bill is one way of exposing the bad practices of the pet trade and will ultimately discourage pet sales. More than half or our pet stores will not release breeder information as they are hiding the fact they work with puppy millers or unlicensed breeders. 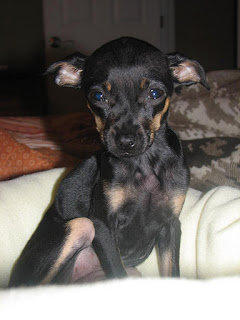 For those of you who have visited any mall pet store, you know the dogs just don’t look right - they are lethargic, shivering, have runny eyes, diarrhea, or a little cough. The puppies more than likely arrived off a semi truck from , or . If they weren’t sick then, they became sick at the store because the store was not isolating and seeking proper vet care which costs money. Remember, the stopped licensing and regulating pet stores in 2009.


It is not uncommon for a puppy buyer to face thousands of dollars in vet bills after they discover genetic problems requiring surgery. These items are not covered in any guarantee or warranty.


Most sick dogs cases go unreported. This is a typical scenario: A family purchases a puppy from a breeder or pet store. They puppy is sick within the first week. They call the pet store that may or  many not cover the first 3 vet visits. If the puppy is still sick or has an expensive diagnosis, the pet store will ask if the family would like to return the puppy.
Families do not want to RETURN their family members.
Although the new S.B. 574 allows this an option, it is only an option. The purchaser can choose to have the seller cover some of the vet bills instead. Most states that have pet consumer protection laws like this allow for up to the purchase price. Only a few states allow for up to three times the purchase prices. 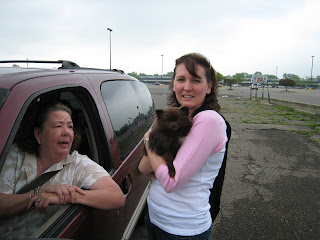 Once the family realizes the store isn’t going to offer additional help, they feel it is their responsibility to care for the sick puppy since they turned down the “Return Option”. They are emotionally invested in their new puppy. If they do find out that they were ripped off and the store has a history of doing this, they may file complaints. They usually don’t have time and don’t want to admit they were duped by the seller. They are already overly stressed out and want to avoid more drama over the experience.


For every case reported there are probably five more that go unreported. Puppy Mill Awareness tracks sick dog complaints for most all of the local pet stores. Petland Novi alone has close to 50 complaints and The Family Puppy has a whooping 67 with 30 different problems noted – some contagious to humans. Many of them have been reported to us during our staged protests and unreported to authorities.

For those families that do feel ripped off and frustrated they often go to the Better Business Bureau to settle the dispute. Other times they end up in small claims court, which places a heavy burden on the purchaser to prove that the seller was aware of a pre-existing condition in the purchased animal. 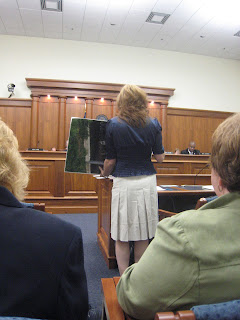 Puppy Mill Awareness is behind Sen. Steve Bieda (D-Warren) who is leading S.B. 574, which would offer options for the purchaser, including returning the animal for a full refund and replacement or recovery of veterinary expenses. The bill includes specific time frames for reporting illnesses, maximum amounts a buyer can recover, and provisions for congenital defects in the purchased animals. The bill was updated to include disclosure requirements including breeder information.


The full text of S.B. 574.
We have been logging sick dog complaints and advocating for consumers by providing counseling and a checklist including agencies who may respond to complaints. That checklist can be found here:
Please take action and let your Senators know that we need stronger laws to protect consumers too by signing this petition.
If you know someone who has been victimized by the pet trade, please have them contact our organization. We are looking for individuals and organizations to testify for S.B. 574.
Pam Sordyl
Founder, Puppy Mill Awareness of Southeast
http://www.meetup.com/puppymillawareness/
Posted by Pam Sordyl at 10:05 AM